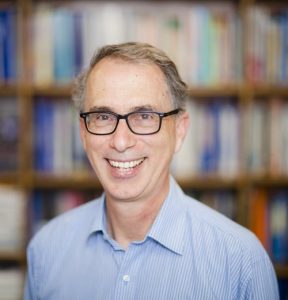 HMAA has been lucky to secure an eminent scientist to discuss climate change in our next webinar. Prof. David Karoly, CSIRO Climate Science Centre, presented the webinar on August 11 at 5pm (EST), where he outlined the science, how it will affect horticulture and how we discuss it through our media work.

Climate change is already affecting Australia, as demonstrated by the Black Summer extremes of 2019-20. David will talk about how climate change is also already affecting gardens, flowers and fruit through changes in temperature and changes in rainfall patterns. He will also talk about the future changes that are locked in.
Gardens and trees can also play important roles in reducing the impacts of climate change.
David Karoly is a Chief Research Scientist in the CSIRO Climate Science Centre. He is also an honorary Professor at the University of Melbourne. He is an internationally recognised expert on climate change and climate variability.

Prof. Karoly was Leader of the Earth Systems and Climate Change Hub in the Australian Government’s National Environmental Science Program, based in CSIRO, during 2018-2021. He was a member of the National Climate Science Advisory Committee during 2018-19. He was elected as a Fellow of the Australian Academy of Science in 2019.