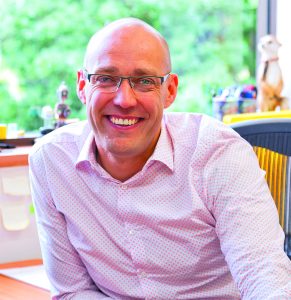 Seasol has announced that Rohan Butler, General Manager Business Development and Marketing, is leaving the company. The announcement came as a media release from CEO Alick Osborne.

After spending some time away from the business Rohan has decided he will not be returning in the new year. Rohan has informed us that the time he has been able to spend with his family has caused him to re-evaluate his priorities.

We know it has been a very difficult decision for Rohan but we also understand family always come first.

Rohan has made an immense contribution to Seasol – the evidence is on retail shelves and in garden sheds all around Australia and New Zealand – and that legacy will live on for a very long time.

But people are more important than products and Rohan has had a tremendous influence on so many people who he has worked with over the past 11 years. He has encouraged development and continuous learning. He has brought so many new and innovative ideas to the business.

Rohan never does things by halves and he brings immense energy to everything he does. We will miss him and everyone at Seasol wishes Rohan and his family well for the future.

Rohan will be keeping his current mobile number and is also available on rohan.m.butler@gmail.com.

We plan to split the Marketing and Business Development roles in future and will announce who will fill those roles soon. In the meantime please direct any inquiries to Samantha Smith – samanthasmith@seasol.com.au or Tony Locke – tonylocke@seasol.com.au, or to myself (Alick Osborne – alickosborne@seasol.com.au).