1 month ago
HMAA Laurels 2022 Awards and dinner invite
4 months ago
Have an idea for an event? Apply for funding through HMA
4 months ago
‘We Speak for the Trees’ Gardener’s Conference
4 months ago
Introducing PictureThis – A botanist in your pocket!
5 months ago
The Melbourne International Flower & Garden Show returns in 2022, with new presenting partner, Scotts Osmocote. 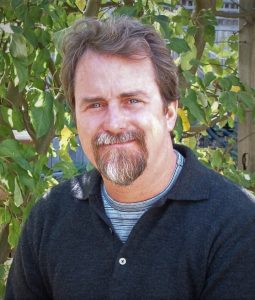 It is with great sadness that we inform colleagues of the death of Victorian HMAA member, Kevin Walsh. Kevin died on June 14. A celebration of his life will be held at Phillip Island on July 15 (details below). We extend our sincere condolences to Kevin’s wife, Lauretta Zilles, his family and friends.

Kevin was involved in horticulture from the mid-1980s, contributing much to the areas of historic and botanic gardens, waterwise gardening and open space planning, as well as carrying out garden design work, giving advice, leading garden tours and teaching apprentices during his long career.

An active member of the Horticultural Media Association for many years, Kevin wrote for various periodicals and publications, was a seasoned guest speaker and presented on talkback radio. His media career was launched answering the Readers’ Questions for The Age newspaper in Melbourne between 1990 and 2000. During the mid-1990s he commenced a regular weekly timeslot on Bendigo’s ABC Regional Radio gardening talkback program, which continued for more than 20 years. He was also a regular guest on Melbourne’s 3CR Community Radio gardening talkback program.

Well known as a public speaker, Kevin presented to a broad range of community and specialist groups and at national conferences. He had the ability to talk on a range of practical gardening issues as well as topics relating to horticultural history, contemporary garden design and landscape planning among other things. He led garden tours of New Zealand with Grand Pacific Tours during the late 1990s and early 2000s.

Kevin is probably best remembered as the author of the groundbreaking publication, Water-Saving Gardening in Australia (Reed Books, 1993), which was the first book written on the subject in Australia. It has never been out of print. The fourth edition was released in 2009 along with a companion volume Waterwise Plants published in 2010. A combined publication, Waterwise Plants and Gardening, was launched in 2017. His expert knowledge in this field won him much respect and acclaim. He presented numerous educational talks for regional and metropolitan water boards and was consultant to many publications they produced on the subject.

Other major achievements include developing the Bendigo Botanic Gardens Master Plan, White Hills (City of Greater Bendigo 2010), which won the National Planning Award in 2011 (Parks and Leisure Australia), along with the National Landscape Architecture Award in 2012 (Australian Institute of Landscape Architects). He also received the National Award for Excellence in Open Space Development in 2013 (Parks and Leisure Australia), for Anglesea Riverbank Development and the Greater Metropolitan Cemeteries Trust, Star Award for Sustainability 2014.

In more recent years Kevin has been working on the significant Carlton Gardens Master Plan for the City of Melbourne, leading the overarching consultation for the World Heritage Management Plan, which will have a lasting impact on the future conservation of this important heritage site.

His friends, colleagues and followers will sorely miss Kevin’s passion for horticulture, his jovial and outgoing personality, and his sharing and inclusive nature. He truly believed that gardening had the power to bring people together in a friendly space, to connect them with nature and bring them satisfaction and enjoyment.