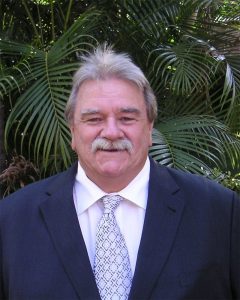 NGIA Past President passes away peacefully

Bryan Hillier, grower of indoor foliage and flowering plants for over 30 years, NGIA Past President, Past Vice President and former member of the NGIA Board for many years passed away peacefully last Monday.

Bryan grew many plant varieties including succulents, orchids, palms, indoor lines and his signature dracaenas at his Beachmere production nursery, north of Brisbane, for over thirty years and his love of dracaenas saw him become heavily involved in ‘Plant Life Balance’.

Bryan understood the importance of communicating the benefits of plants to Australian consumers and along with family members developed a new concept of Office Mates range of indoor plants with the ambition of improving the office environment for workers with a view to reducing stress and negative feelings, sharpen focus and concentration and improve accuracy. Bryan provided a lot of product for the first Plant Life Balance ‘Put a plant on your desk’ campaign and was instrumental in the 202020 Vision marketing program.

Robert Prince, former NGIA CEO and Bryan’s great fishing friend mentioned “Bryan was very focussed on and a big supporter of growers around the country and, was instrumental in the purchase of the Castle Hill premises in order for the national body to have its own base.

Bryan loved his fishing and caught too many Barramundi over a metre for one man, many of which were thrown back.”

Greenlife Industry Australia President, Glenn Fenton acknowledged Bryan’s contribution to the industry  “Bryan had huge influence on the industry and his contribution to some very successful programs and investments are noteworthy. He leaves behind a substantial legacy. On behalf of the industry, I would like to extend our sympathies to his family and friends.”

On behalf of the Hillier family, Bronwyn advised Ian Atkinson, CEO NGIQ, “Dad passed away peacefully on Monday night 20/12 just before 10pm with Mum by his side.

At this stage we have been advised that people do not have to be double vaxxed to attend, however, for the drinks  /food afterwards at another location they will have to be if they wish to attend.”