Supermarket demands for premium, unblemished fruit and vegetables are contributing to alarming waste in Queensland’s tomato growing industry, according to a University of the Sunshine Coast (USC) study.

Researchers followed two supply chains from Bundaberg, one of Australia’s largest tomato growing regions, and found up to 87% of undamaged, edible harvested tomatoes were rejected based on cosmetic appearance.

Between 70 to 84 percent of produced tomatoes were left in the field, and only about 45 to 60 percent of the total harvestable crop reached consumers.

“These finding shows that sometimes it’s not even worth picking the crop,” Professor of Horticulture Steven Underhill said. “While horticultural food loss is a well-publicised problem, Ms. McKenzie’s research is one of the first to put some real numbers around the problem in Queensland.”

Ms. McKenzie measured overall postharvest losses from the field to domestic markets in Brisbane and Bundaberg to determine the impact of harvesting, sorting and handling practices, transport, storage, and supermarket product specifications.

“The level of food waste is heart-breaking and what is worse is the acceptance of this waste in our commercial food supply chains, with farmers being powerless to change it,” Ms McKenzie said.

The commercial grower involved in the research project stopped growing tomatoes shortly after it was completed. 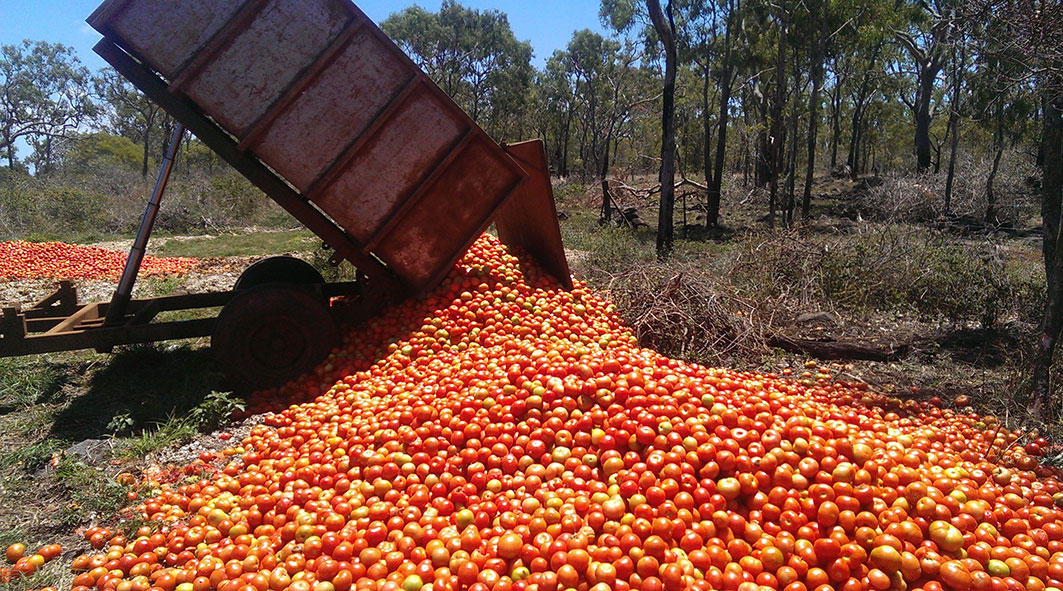 Ms. McKenzie, said the results suggested future strategies to reduce food waste needed to be directed at the retail and consumer stages of the food supply chain that have a huge impact on the level of losses experienced by the primary producers.