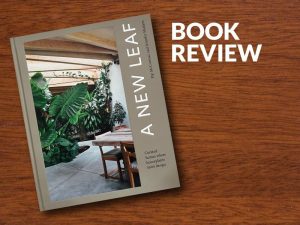 A New Leaf by Pip McCormac and Jennifer Haslam

I don’t think I’ve ever written a scathing review of a garden book – my usual approach is to say nothing if I don’t have something nice, or at least neutral, to say. Presumably most HMA members take a similar approach as I rarely see published negative reviews of garden titles.

But the book I received unannounced this week has me so incensed, I decided to share my thoughts with colleagues. I’d love to hear from other HMA members about their approach when they don’t rate a book highly, and also to hear opinions of this book from anyone else who received it.

A New Leaf is sub-titled Curated homes where houseplants meet design. It’s a large format, hardcover book from two English authors, one an “Interiors Stylist and Creative Consultant” (their use of caps) and the other “an interiors and lifestyle journalist for almost 20 years”. Both claim ownership of several houseplants in their bios.

The book’s premise – and I quote from the media release – is a collection of “20 houses around the world with an emphasis on plant life. All the creatives featured…have meticulously thought about every corner of their homes and have chosen to include plants as prized parts of the décor.” So far, so mildly interesting. Phrases such as “…[the authors] look at how, and why, plants and design go hand in hand” and how “foliage has been weaved into the very fabric of the space” are followed by a promise of the homeowners (who include architects, interior designers, a sculptor and furniture designer) “walking the reader though the plant choices they made…”

I was shocked then to read in the introduction that, “…curiously, the most common theme that runs through is how infrequently the home owners knew the names of the plants they have.” I had to read that twice to be sure I understood it correctly.

The warning is apt though, because it sets the tone for the entire book, which is equally disinterested in the names of the plants in it. This is, unsurprisingly, an image-dominant book; for each each home and its owner, there is a small amount of text followed by 10 or 12 pages of mostly full-page pics. To my mind, this requires informative captions for the pics, but they are brief, and in most cases, the captions do not mention the plants in the images at all. Sometimes there is a common name such as fig or agave. I counted just five of the images in the 255-page book that included a botanical name and even then, they weren’t written correctly, having caps for species names or lacking quote marks around cultivar names. One caption named a plant as “Papyra Aquatica” but it would appear to be Pachira aquatica. 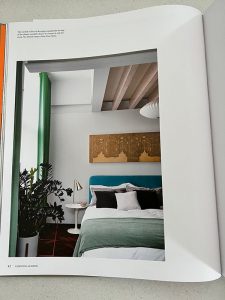 The page that first prompted me to write this review was a bedroom shot (right) with front left a fine Zanzibar Gem (Zamioculcas zamiifolia). The caption, incredibly, says: “The warmth of the red flooring is equalled by the legs of the planter, carefully chosen to connect it with the room. The bedside lamp is from Zara Home.” In the shot, the legs of the planter are barely visible and the lamp is a bit player.

But wait there’s more. Another full-page pic shows “a very impressive ficus tree”. Here’s the pic (left) – what do you think? It looks to me like a very sad specimen that has been trying to die for years. Another caption for an image showing a Kentia palm and Ficus benjamina says they are “a Benjamina parlour palm and a ficus.” How on earth did they make that up? Here’s another one to make you laugh “…[the pool is] surrounded by dwarf palms, phormiums, Canary Island date palms, yuccas and some grasses, all of which have a gentle fragrance that can softly float into the house.” And another one from an Australian home shows a Ctenanthe and a Spathiphyllum, with a caption about a large rubber tree that is nowhere in sight.

I don’t know how this book made it to print, nor how they can make the claims about its content that they do. It’s the worst book claiming to be about plants I have ever seen.

P.S. Some examples of not seeing the trees for the furniture… 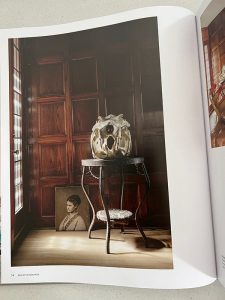 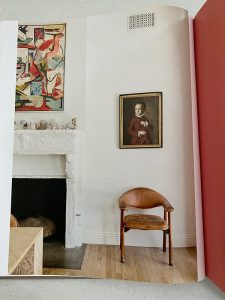