2 weeks ago
Entries are now open for the 2022 HMAA Laurels
2 months ago
Have an idea for an event? Apply for funding through HMA
3 months ago
‘We Speak for the Trees’ Gardener’s Conference
3 months ago
Introducing PictureThis – A botanist in your pocket!
4 months ago
The Melbourne International Flower & Garden Show returns in 2022, with new presenting partner, Scotts Osmocote. 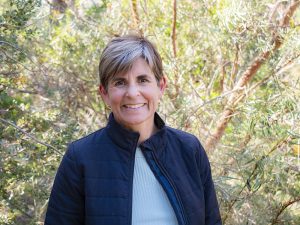 Horticulturist and landscape architect Sue McDougall, a member of HMAA in Western Australia, has been announced as the new Director of the Western Australian Botanic Garden in Perth. In announcing Sue’s appointment the Botanic Gardens and Parks Authority said Sue is well-known across Perth for sharing her gardening expertise in print, radio and television and brings more than 35 years of horticultural experience to her new role at Kings Park.

Both a qualified horticulturist and landscape architect, Sue has previously represented the horticultural industry at both State and National level while simultaneously running her own nursery and retail garden centre.

Read more about Sue McDougall and her new role on the Kings Park website.